The conference venue, The Apollo theater 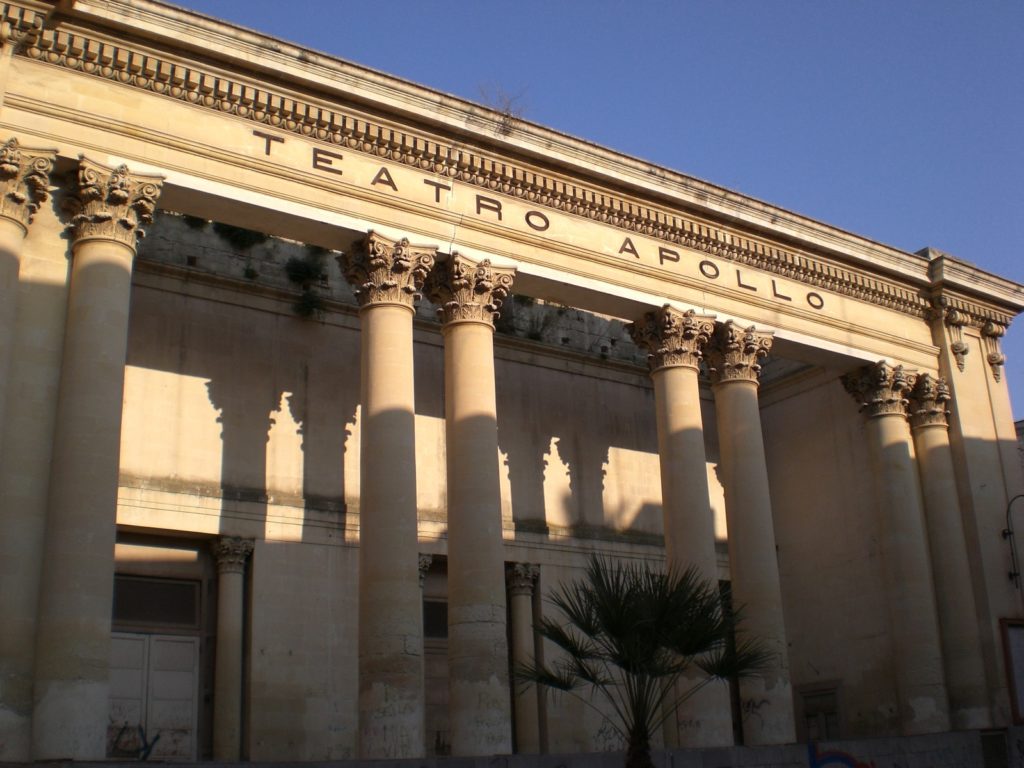 The Apollo Theater of Lecce is one of the most valuable architectural works of the Salento province. It was reopened to the public with the inauguration on February 3, 2017 attended by the President of the Republic Sergio Mattarella and the Minister of Cultural Heritage and Tourism Dario Franceschini.

The Apollo theater was born in the twentieth century. It was built by Maestro Vincenzo Cappello on a project by the engineer Tassoni. It is located in the center of the city of Lecce and has a neoclassical structure, characterized by a colonnade that opens onto a portico, which leads to the wooden box office.The opera was inaugurated on May 15, 1912 and closed in 1986. On November 27, 2003 the municipality bought the theater from the Cappello heirs. The renovation work began on June 5, 2008. During the restoration, Neolithic remains were found and part of the theater is now a museum area. On 3 February 2017, the theater reopens its doors to the public with a solemn inauguration, honored by the presence of the President of the Republic Sergio Mattarella.

We use cookies on our website to give you the most relevant experience by remembering your preferences and repeat visits. By clicking “Accept All”, you consent to the use of ALL the cookies. However, you may visit "Cookie Settings" to provide a controlled consent.
Cookie SettingsAccept All
Manage consent

This website uses cookies to improve your experience while you navigate through the website. Out of these, the cookies that are categorized as necessary are stored on your browser as they are essential for the working of basic functionalities of the website. We also use third-party cookies that help us analyze and understand how you use this website. These cookies will be stored in your browser only with your consent. You also have the option to opt-out of these cookies. But opting out of some of these cookies may affect your browsing experience.
Necessary Always Enabled
Necessary cookies are absolutely essential for the website to function properly. These cookies ensure basic functionalities and security features of the website, anonymously.
Functional
Functional cookies help to perform certain functionalities like sharing the content of the website on social media platforms, collect feedbacks, and other third-party features.
Performance
Performance cookies are used to understand and analyze the key performance indexes of the website which helps in delivering a better user experience for the visitors.
Analytics
Analytical cookies are used to understand how visitors interact with the website. These cookies help provide information on metrics the number of visitors, bounce rate, traffic source, etc.
Advertisement
Advertisement cookies are used to provide visitors with relevant ads and marketing campaigns. These cookies track visitors across websites and collect information to provide customized ads.
Others
Other uncategorized cookies are those that are being analyzed and have not been classified into a category as yet.
SAVE & ACCEPT