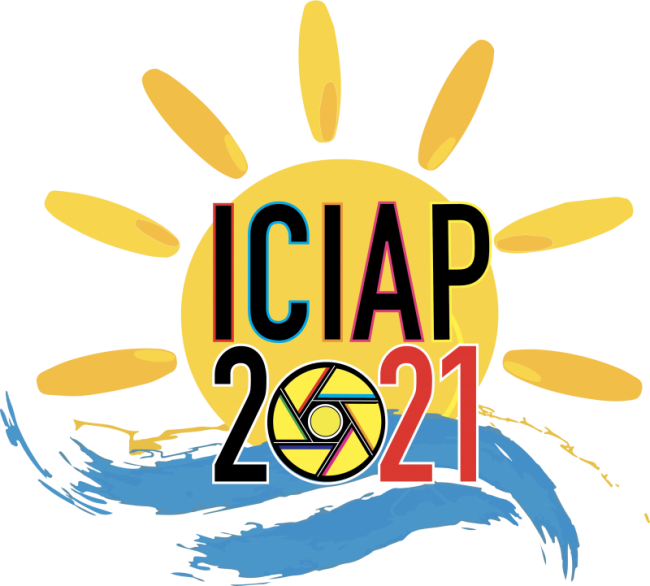 DUE TO COVID-19 PANDEMIC, THE EVENT HAS BEEN RESCHEDULED TO MAY 2022, to guarantee a physical meeting.

ICIAP 2021 is the 21st edition of a series of conferences organized every two years by the Italian Association for Research in Computer Vision, Pattern Recognition and Machine Learning (CVPL, ex GIRPR) which is part of the International Association for Pattern Recognition (IAPR). The focus of the conference is on both classic and recent trends in computer vision, pattern recognition and image processing, and covers both theoretical and applicative aspects, with particular emphasis on the following topics:

Roberto Cipolla obtained a B.A. (Engineering) from the University of Cambridge in 1984 and an M.S.E. (Electrical Engineering) from the University of Pennsylvania in 1985. From 1985 to 1988 he studied and worked in Japan at the Osaka University of Foreign Studies (Japanese Language) and Electrotechnical Laboratory.
In 1991 he was awarded a D.Phil. (Computer Vision) from the University of Oxford and from 1991-92 was a Toshiba Fellow and engineer at the Toshiba Corporation Research and Development Centre in Kawasaki, Japan. He joined the Department of Engineering, University of Cambridge in 1992 as a Lecturer and a Fellow of Jesus College. He became a Reader in Information Engineering in 1997 and a Professor in 2000.
His research interests are in computer vision and robotics and include the recovery of motion and 3D shape of visible surfaces from image sequences; object detection and recognition; novel man-machine interfaces using hand, face and body gestures; real-time visual tracking for localisation and robot guidance; aplications of computer vision in mobile phones, visual inspection and image-retrieval and video search. He has authored 2 books, edited 12 volumes and co-authored more than 400 papers.

Reader (Associate Professor) in Computer Vision at the University of Bristol, United Kingdom. Received her PhD from the University of Leeds, UK (2009). Dima’s research interests are in the automatic understanding of object interactions, actions and activities using static and wearable visual (and depth) sensors. Dima co-chaired BMVC 2013, is area chair for BMVC (2014-2018), associate editor of Pattern Recognition (2017-). She was selected as a Nokia Research collaborator in 2016, and as an Outstanding Reviewer in ICCV17, CVPR13 and CVPR12. She currently supervises 8 PhD students, and 3 postdoctoral researchers.

Prof. Dr. Laura Leal-Taixé was born in Barcelona where she pursued B.Sc. and M.Sc. in Telecommunications Engineering at the Technical University of Catalonia (UPC). She went to Boston, USA to do her Masters Thesis at Northeastern University with a fellowship from the Vodafone foundation. She obtained her PhD from the Institute for Information Processing (TNT) of the Leibniz University of Hannover in Germany, spending a year as a visiting scholar at the University of Michigan, Ann Arbor, USA. She then spent two years as a postdoctoral researcher at the Institute for Geodesy and Photogrammetry at ETH Zürich, Switzerland, and a year as senior postdoctoral researcher in the Computer Vision Group at the Technical University in Munich. She is a recipient of the Sofja Kovalevskaja Award of 1.65 million euros for her project socialMaps.

Accepted papers will be included in the ICIAP 2021 Conference Proceedings, which will be published by Springer in the Lecture Notes in Computer Science series (LNCS).

While preparing their contributions, authors must follow guidelines and technical instructions provided by Springer that can be found at

The maximum number of pages is 10 + 2 pages for references. Papers will be selected through a review process. ICIAP2021 reviewing will be double-blind. Each submission will be reviewed by at least three reviewers taking into account originality, significance, clarity, soundness, relevance and technical contents. 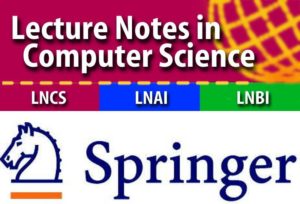 The hosting Institution will be the Institute of Applied Sciences and Intelligent Systems – ISASI (former Institute of Cybernetics) that is part of the National Research Council of Italy - CNR.
Institutional website www.isasi.cnr.it

Larry S. Davis received his bachelor of arts degree from Colgate University in 1970. He received his MS and PhD from the Univ

ICIAP will take place in the old city center of Lecce at walking distance of hotels, workshops and main conference venues. The locations of the places will be shown in the following map( accommodations: tens of cheap B&B, hotels 4 and 5-stars with a large number of rooms) . Moreover, other accommodations will be available in a short range from the conference venue. The Salento region and Lecce are the furthermost strip of land leaning out, toward the Orient, “kissed” by two seas, the Ionian and the Adriatic. A rich land steeped in history and tradition stands testimony to its natural beauty and architecture. Lecce emerges from this enchanting scenario, with its Baroque, that seduce you with its stunning churches and antiques palaces.

Lecce is located 35Km far away from Brindisi Airport (the nearest one) and 160 Km from Bari airport. Many daily flights connect both airports with intercontinental hubs of Rome, Milan, London, Brussels, Munich, Zurich. In this way, they can be easily reached with two connections from every important airport in the world.

Daily flights connect Brindisi to the international airports of Rome (by Alitalia- www.alitalia.it) and Milan (by Alitalia- www.alitalia.it, for low cost company EasyJet- www.easyjet.com). Brindisi is also connected to the international airports of Rome, London Stansted, Manchester, Brussels and other important city (by Ryanair www.ryanair.com, low cost company), Cologne, Munich, Stuttgart (by http://www.airberlin.com), Geneva (by Easy Jet www.easyjet.com), Zurich (by Helvetic– http://www.helvetic.com/). For a complete list of locations please visit the Apulia airports web site: https://www.aeroportidipuglia.it/brindisi/le-destinazioni. The airport closest to the conference venue is Brindisi Casale, at 30 minutes driving distance from Lecce; taxis and shuttles are available just outside the airport.

Lecce (and vice versa). A one way ticket costs € 20. It is possible to book in advance by calling “Crusi Viaggi” (Tel: +39 0832/305522) or through the on-line booking service at:http://www.airshuttle.it/index_eng.asp . The Air Shuttle brings attendees directly to the hotel or to the conference/workshop venue. SITA Airport shuttle-bus services connects the airport of Brindisi to Lecce, at the cost of EURO 7. Timetable available at: https://www.aeroportidipuglia.it/brindisi/bus. It arrives at piazza Carmelo Bene from where any destination can be reached by public buses Public bus NFB line (timetable) or taxi which rides within Lecce at a fare of about EURO 10. For booking cabs, call: Salento Radio taxi (+39) 0832/2240. 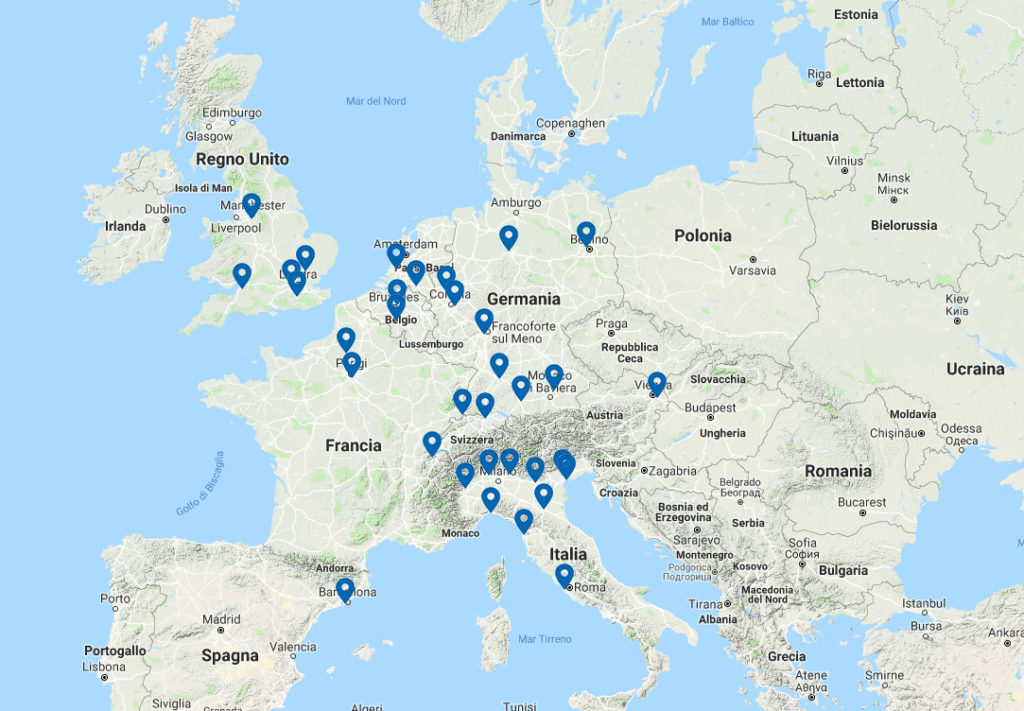 Alternatively, attendees may land in Bari Palese airport (150 Km far away from Lecce) and then they can reach Lecce by train in approximately 1.5 hours. Details about transfers to and from Lecce are available at the Apulia airports web site: https://www.aeroportidipuglia.it/bari/le-destinazioni 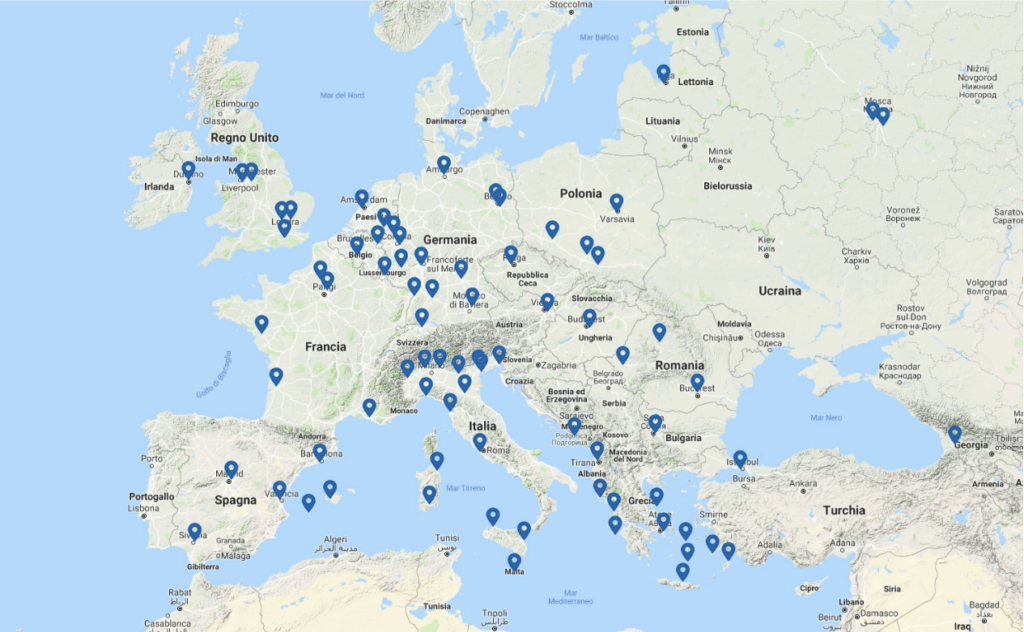 DUE TO COVID-19 PANDEMIC

THE EVENT HAS BEEN RESCHEDULED TO MAY 2022

to guarantee a physical meeting.